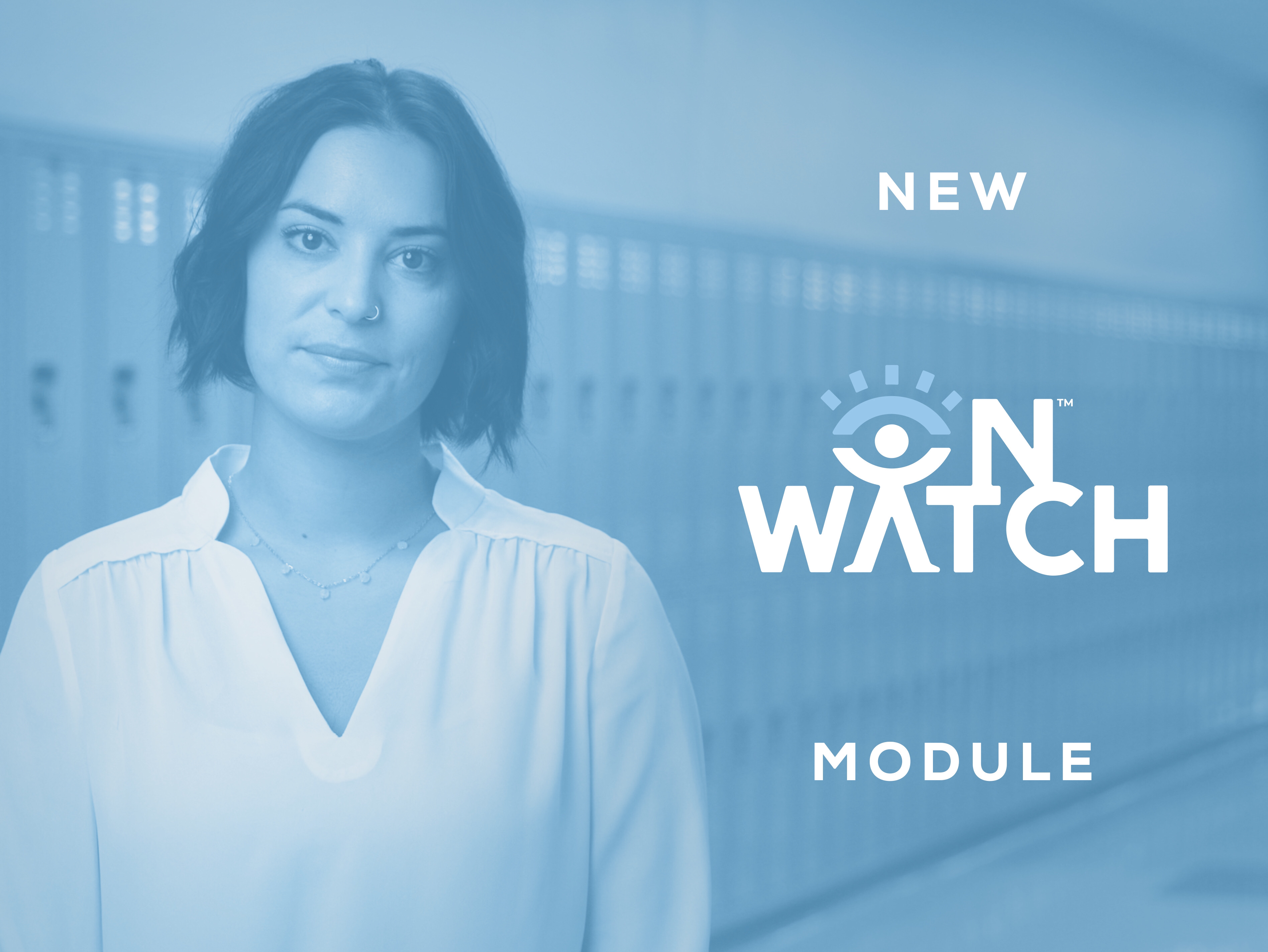 LOGAN, Utah—In collaboration with industry partners, the Malouf Foundation™ has launched a new training module on the survivor-led OnWatch™ education platform. The video focuses on identifying sex trafficking victims in schools and is a great resource for educators, administrators and other groups to reference as they begin the new academic year. Individuals can view the new video and the full training at IAmOnWatch.org.

“Over the last year and a half, kids have been spending more time online, either for school or entertainment, and like the rest of us, they’ve had to live in different levels of isolation. Because of these circumstances, there have been more chances for kids to be groomed, or manipulated, and then trafficked,” said Jake Neeley, executive director of the Malouf Foundation™. “As students return to their classrooms full-time, it’s important for educators and other staff to learn the indicators of trafficking and to pay close attention to any changes in a child’s circumstances or behavior.”

The new OnWatch™ module shares the lived experiences of Alia Dewees, a survivor of childhood sex trafficking and adult exploitation, who was first trafficked at the age of 14. Dewees’ older “boyfriend”—a man twice her age—sold her to other men for four years, and the abuse she endured at night often interfered with her daytime activities, including school.

Dewees shared, “During the time I was trafficked, my teachers witnessed my emotional outbursts, and the changes in my behavior from rebellious and disconnected one year, to engaged and thriving in school the next, and then back to rebellious the following year. It could have appeared to be a phase I was going through, but really, there were external factors contributing to my actions.”

In the module, Dewees reviews the signs of trafficking from her story and how educators are in a unique position to combat sex trafficking in the U.S. The video also includes the perspective of Dewees’ teacher, who interacted with her every day at school and suspected something was wrong, but didn’t have the proper training to identify Dewees as a sex trafficking victim.

“My teachers could tell something was off and there was something deeper happening than just me going down a bad path, but they didn’t know how to pinpoint the problem,” Dewees said. “When reflecting back, I believe things would have been different if an adult in my life would have understood the extent of my trauma and could have connected me with the resources I needed to escape my trafficker.”

She continued, “Teachers already have that intuition when something is wrong, so I encourage them to seek out the information they need to understand trafficking and to not be afraid to report a suspicious situation. It can be scary to make an allegation of any form abuse, but it’s so much better to report suspected trafficking than to miss the opportunity to really change a child’s life.”

The core OnWatch™ curriculum consists of 10 modules and takes one hour to complete at IAmOnWatch.org. Dewees’ story is part of a continued training series offering additional information on the issue of trafficking. All suspected trafficking should be reported to the National Human Trafficking Hotline by calling 1-888-373-7888 or texting “Info” to 233733. If someone is in immediate danger, call local law enforcement.

Formalized in 2016 and operating out of Logan, Utah, the Malouf Foundation™ is a registered 501(c)3 nonprofit organization dedicated to confronting child sexual exploitation, specifically sex trafficking and online abuse. The Foundation fulfills its mission by providing education through OnWatch™, promoting healing through Rooms Restored™ and the Utah Trafficking Aftercare Center, and ensuring justice for survivors through children’s advocacy centers. Supported by the network of Malouf Companies™, the Malouf Foundation™ gives 100 percent of its resources to the people it serves. For more information or to make a donation, visit malouffoundation.org.

Launched in 2020 by Safe House Project and the Malouf Foundation™, OnWatch™ is a survivor-led and informed education platform that empowers people to spot, report, and prevent sex trafficking in the United States. A registered 501(c)3 nonprofit organization, OnWatch™ is dedicated to raising survivor identification and supporting survivors on their healing journey. To date, OnWatch™ has trained thousands of individuals nationwide, which has led to a marked increase in survivor identification. The Malouf Foundation™ and Safe House Project were united by the shared belief that survivors should have the strongest voice in combating trafficking. To learn more about OnWatch™ or to take the free training, visit IAmOnWatch.org.